LOS ANGELES (Reuters) - A vegan group is trying to force U.S. restaurant chains to warn California consumers about a cancer-causing chemical that forms in grilled meat, using a state law designed to protect consumers from toxins in drinking water.

The state's restaurant lobby said the legal consequences of the suit are "dire" and fears a defeat could endanger consumers or force restaurants to take chicken off the menu.

Vegans are strict vegetarians who do not consume animal products of any kind, and the Physicians Committee for Responsible Medicine, which filed the lawsuit, promotes a vegan diet as part of a healthy lifestyle.

"(The law) is being abused in a way that could mislead consumers ... to change their cooking habits and cause greater health risks. Undercooked chicken is not healthy," said Jot Condie, the California Restaurant Association's president and chief executive.

If it seems consumers have nowhere to turn in choosing a healthy chicken entree, that's exactly the point, said Dan Kinburn, attorney for the Physicians Committee.

"Every day when a parent ... cooks chicken at home for their children they are trying to be health conscious," Kinburn said. "We think if people knew there were carcinogens in grilled chicken they would not choose it as a healthy alternative."

The law at the heart of the attack on grilled chicken was approved by voters as a 1986 ballot proposition that aimed to protect drinking water against cancer-causing chemicals that leach into ground water as a result of industrial activity.

The Safe Drinking Water and Toxic Enforcement Act of 1986 also requires businesses to notify consumers when a product contains a carcinogen on a list maintained by the state.

The chemical PhIP, which forms when meat -- and especially chicken -- is cooked at high temperatures, is on that list.

The lawsuit, filed on Thursday in Los Angeles Superior Court, would require the restaurants named as defendants to place "clear and reasonable warnings" about the carcinogen PhIP and would fine them $2,500 a day for each infraction.

A similar lawsuit, filed in 2006 by the same group, was dismissed on a technicality.

"The first lawsuit that was filed was dismissed and we are hopeful that this lawsuit will be dismissed as well," McDonald's spokeswoman Tara Handy said.

Representatives for the remaining companies either could not be reached for comment or referred calls to the California Restaurant Association.

"There is a major liability to the industry ... if they are faced with lawsuits from wacky groups like this they are going to opt to take (chicken) off the menu," Condie said.

That prospect has the Physicians Committee planning to expand its legal action across the country, Kinburn said. 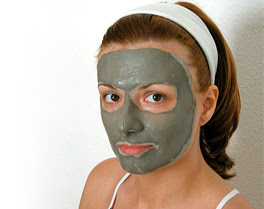 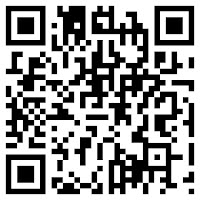